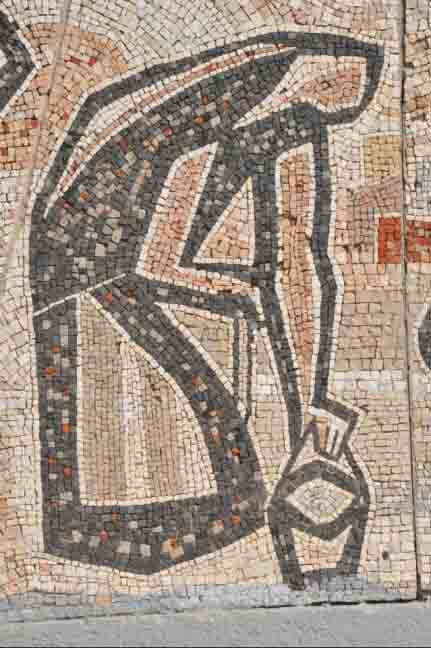 Let me explain. What is it that, in the Biblical stories, defines or characterizes a patriarch? If we look at Avraham’s and Yaakov’s stories we see the following. A patriarch is first, one who crossed the river. Avraham crossed the river into Canaan on his journey from Haran. Avraham is even called ivri, (e.g. Genesis 14:13) usually translated as “Hebrew,” (in reality a transliteration). Ever actually means river bank, and Avraham’s name is “Avraham from across the river”. Yaakov famously crosses the river running away from his brother Esau, and when he finally comes home from his adventure, he once again crosses the river–after fighting with the angel.

Second, a patriarch is an active character. A patriarch is in charge of the clan, he builds up and expands the families’ resources and creates alliances, and so on. Avraham travels around Canaan setting up camps, buying land—as in the beginning of this portion—and digging wells. The digging of wells is an especially important activity both in reality—for survival—and symbolically. Water comes out of the earth and symbolizes connection with the land. Yaakov too is active. He creates one fortune for Laban and then another for himself before returning to Canaan. He negotiates a treaty with his estranged brother Esav, and then with Shechem—as troubled as that becomes. Finally a patriarch guarantees the succession of the clan. Avraham sends Eliezer to find a wife for his son. Yaakov manipulates the blessings so that they are received by the “proper” descendants.

In all three of these areas Yitzhak is lacking. Yitzhak never leaves the land of Canaan, and so he never crosses the river. Yitzhak digs the same wells as he father dug before him, giving them the same names. (For this reason the great Hassidic master Reb Levi Yitzhak of Berditchev says that this was Yitzhak’s service: continuity not innovation.) He is even passive in terms of the succession.

On the other hand, Rivkah is the one who crosses the river as she comes to Canaan with Eliezer. The way that Eliezer knew that she was “the one” was that she was active, asking to give water to his camels. Finally, when Rivka arrives, Yitzhak takes her into Sarah’s tent, but the verse doesn’t say who stayed there. In the very next chapter, Avraham dies. “And the sun rises the sun sets.” There is no meeting between Avraham and Rivka, but Rivka continues the line, Rivka is the second patriarch and then, when the time comes, guarantees that the succession will fall upon Yaakov.

One thought on “Rabbi Rivka the Patriarch”